Background: Anemia is the most common hematological finding observed and reported by pediatricians and general practitioners in pediatric age group. Highest prevalence of anemia is reported in the developing countries. In India, it affects both sexes and all age groups.1.  As per the Global Anemia Prevalence, the most affected groups are pregnant females (69%) and school age children (33%).2 Since years, it has been an important challenge in most of the tropical countries.

Methods: In this study we were included 375 total school going children to find out the anemia. This study was conducted in Department of Pediatrics. The duration of study was over a period of one year.

Conclusions: This study concludes that, deworming was recommended as a routine for at risk and diagnosed individuals. 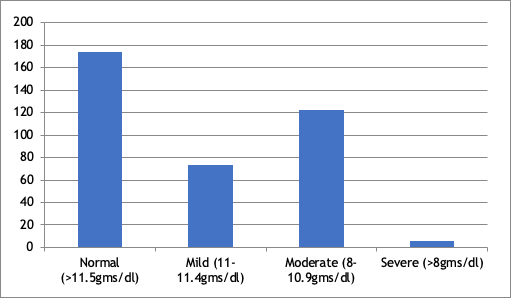